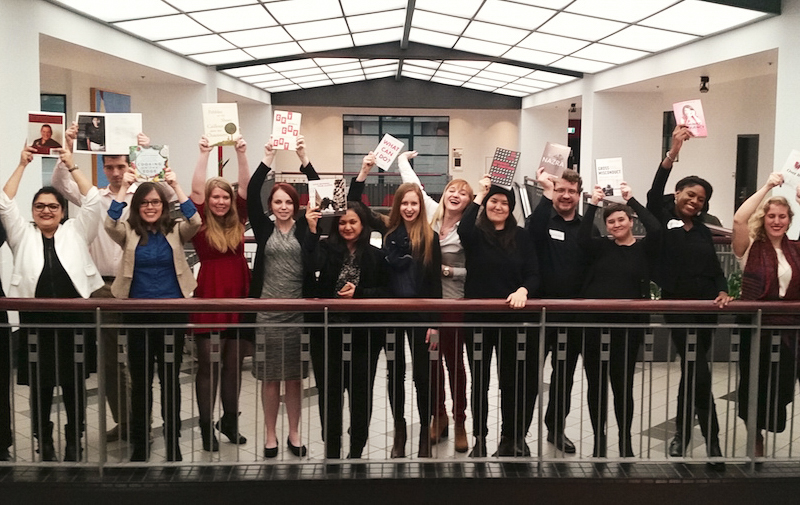 At the very heart of MPub is the infamous Book Project, adapted from the Banff Publishing Workshops by Ron Woodward. In a half-semester gauntlet, students form fictional imprints of existing publishers rush to produce a season of fully developed titles. Forged in the fires of late night tip sheet revisions, cover designs, and P&L statements are bonds of solidarity felt by each and every MPubber.

Turn Point Press, an imprint of Greystone Books, is not afraid of controversy. Publishing titles that place an emphasis on social issues, cultural diversity, and narratives that cross borders, Turn Point Press offers a passionate platform for marginalised voices. 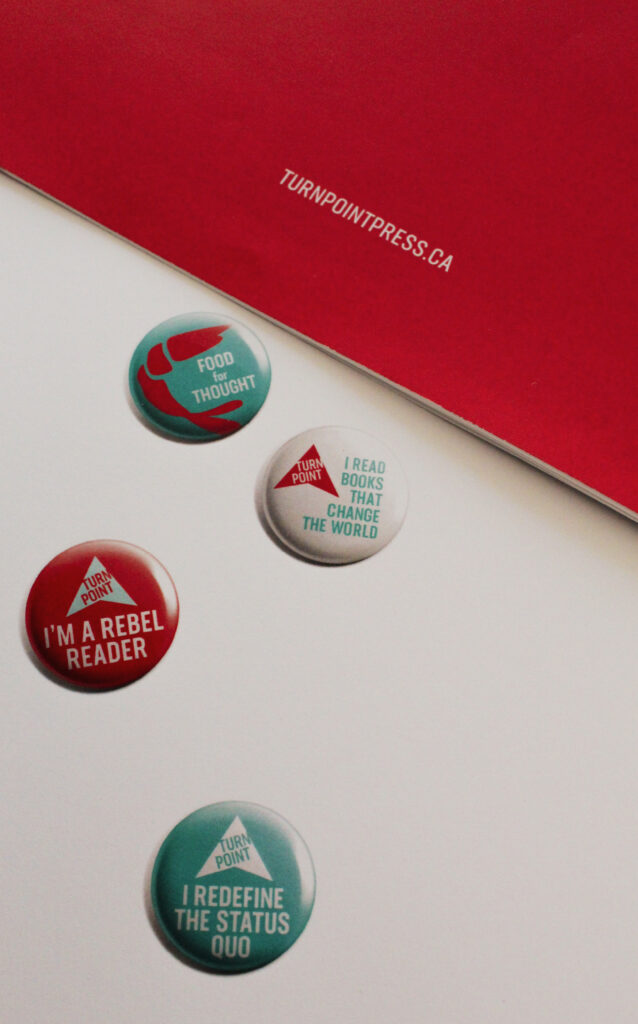 TITLES:
Nowhereland
Nebula Award-Winner Mary Fredericks tells a dark fable based on the Missing and Murdered Indigenous Women and Girls crisis on the backdrop of environmental apocalypse.

Our Failed Promise: The Dark Reality of Canadian Peacekeeping in Afghanistan
In his groundbreaking new book, Faireh Maded exposes a cover-up that extends from a war-torn village in Afghanistan to the Canadian Parliament, confronting a national identity built on myth.

Displaced: A Memoir of a Syrian Refugee
With wry humour, Aree Tahan recounts her immigration to Canada, revealing the Great White North is not the multicultural paradise it pretends to be.

As an imprint of Firefly Books, Bang On! aims to “bring tomorrow’s ideas about life on earth and beyond to today’s reader.” With their diverse range of non-fiction titles, Bang On! Books crosses between science and pop-science audiences, engaging their readers to think differently about the world that we live in.

TITLES:
An Illustrated History of Aliens
The first-ever look at the history of our depictions of extraterrestrials in art and photographs – and what this says about us here on Earth.

The Arctic Front
A chilling tale of survival, destruction, and hope in an overcrowded Arctic – the last habitable place on earth.

Little Boxes: The Second Life of Shipping Containers
Shipping containers have become the hot new trend in architecture and are changing the way we think about home, space, and the environment.

Superbugs: A Life or Death Battle for Safe Hospitals
One doctor’s frightening personal account of his battle with a worldwide menace and the biggest threat to Canadian patients today. 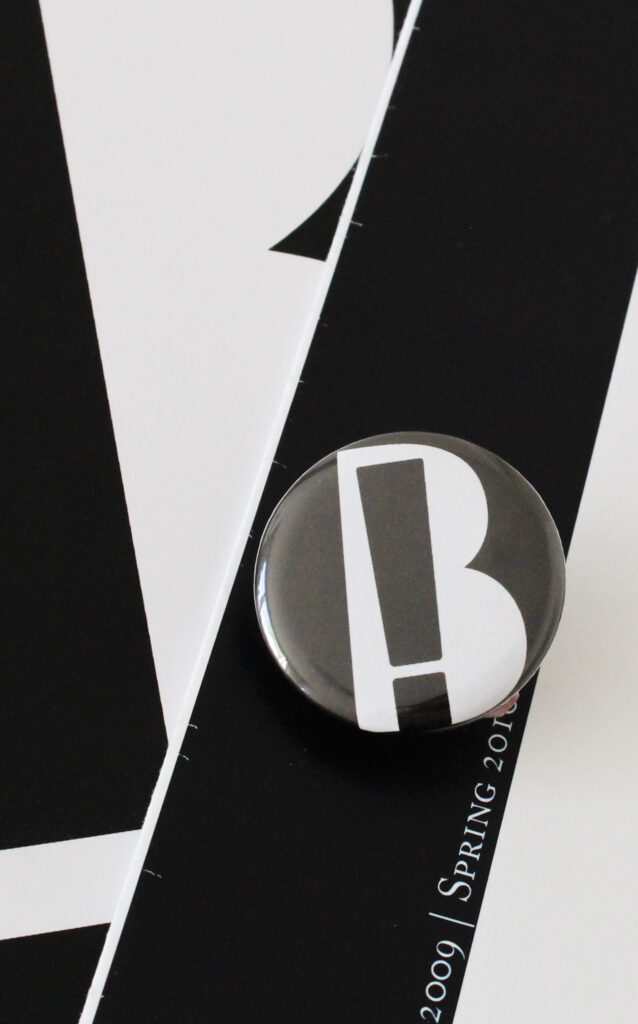 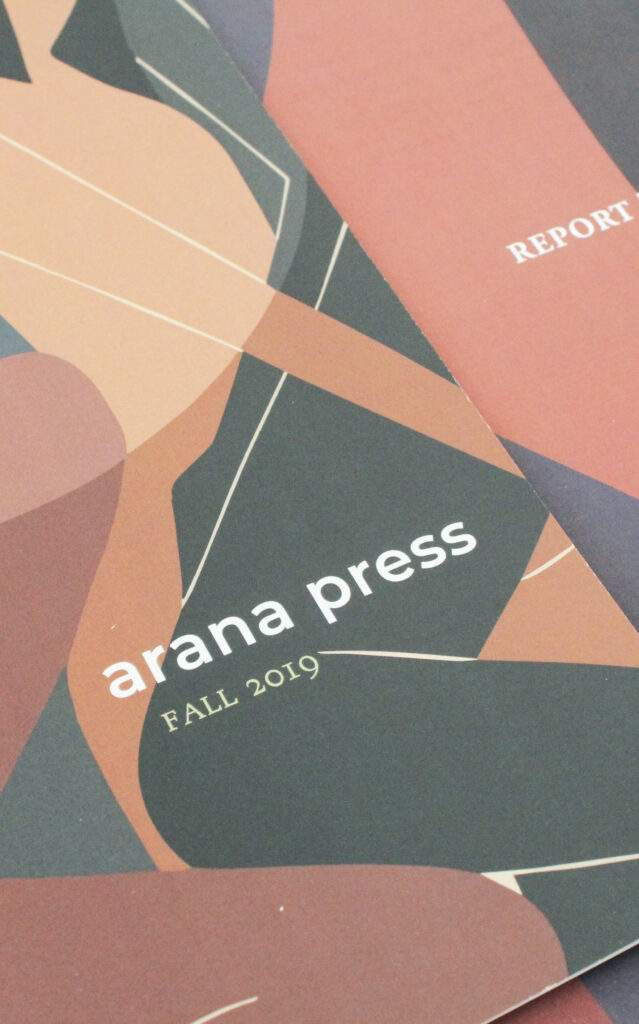 TITLES:
Daughter of Tears: A Novel
An Indigenous woman finds herself on a remote beach with no memory of the past year and must look within herself to uncover the truth behind her sudden disappearance in Northern B.C.

I Don’t Sound Arab and You Don’t Look Racist
Nour Hadidi kebabs Islamophobia in between yoga and superheroes in his assortment of hilarious anecdotes which includes “What came first–siblings or homicide?” and “Millennials, we’re all going to be baristas one day.”

I Enjoy Being a Dyke: The Lesbian Riot that Changed Canadian Queer History
One night, four women, and a country changed forever. The Canadian queer history they don’t teach you in school, told in striking graphics from one of Canada’s leading illustrators.

An imprint of Dundurn Press, Vortext press is where pop culture, art, and groundbreaking narratives converge. The titles from Vortext connect Canadian writers and artists to a curious, open-minded audience that wants to understand the world in a different way.

TITLES:
Geeks Against Geeks: GamerGate, Trolling, and Cyberbullying: The Online War on Women
Anita Sarkeesian, just one of the dozens of women who were brutally harassed online as part of the exploding GamerGame scandal, exposes the dark world of trolling, cyberstalking and doxing – a world where abuse against women is seen as a game.

Bare-Naked Feminist: Feminism Changed Women, But Has It Changed Men?
Based on a series of interviews with her customers, a McGill University student, who moonlighted as a stripper, delivers a powerful polemic on how a male-driven society has failed feminism.

A Hundred Years of Forgetting: The War Was Over But the Battle Continued
This graphic novel set in Northern Saskatchewan and follows the sons of one family as they dutifully leave the farm to fight in WWI.

Hackers + Graffiti: Creative Activists in Public Spaces
Legendary graffiti writer Tempt One was paralyzed by ALS, except for his eyes. Combining a hacked PlayStation 3 camera, an LED, a cheap pair of glasses, and materials from Home Depot, a group of hackers created a system for Tempt to write on a computer using his eyes. 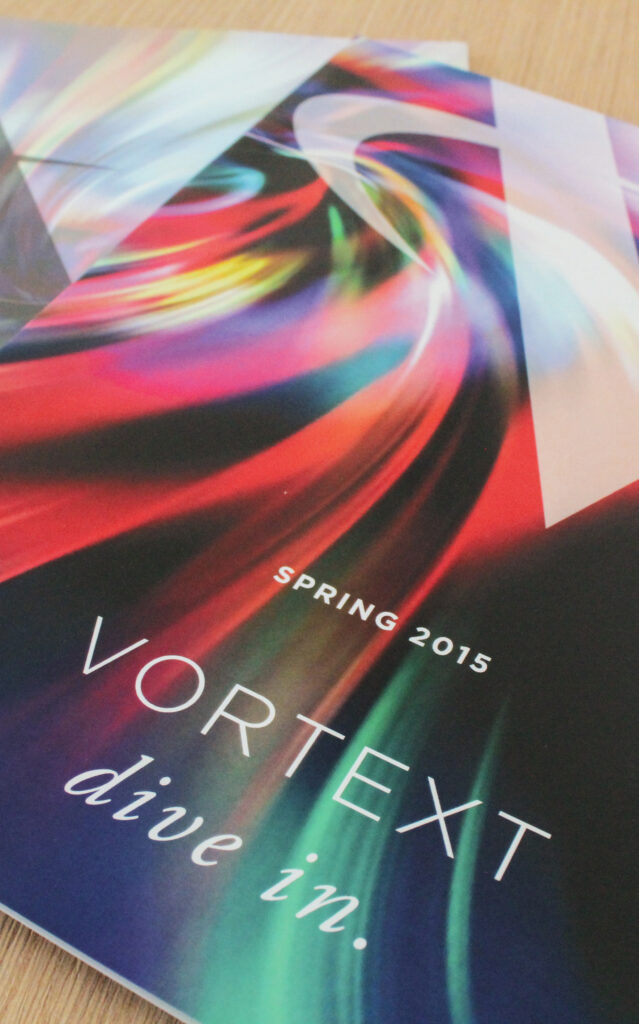 Wildfire Books, an imprint of Greystone Books, has a focus on social justice and engaging young adults with their moving and inspiring titles. Their mission boldly states: “At Wildfire Press, our books are not the final word. They are sparks our readers can fan into females. Creating true, lasting change is up to all of us” 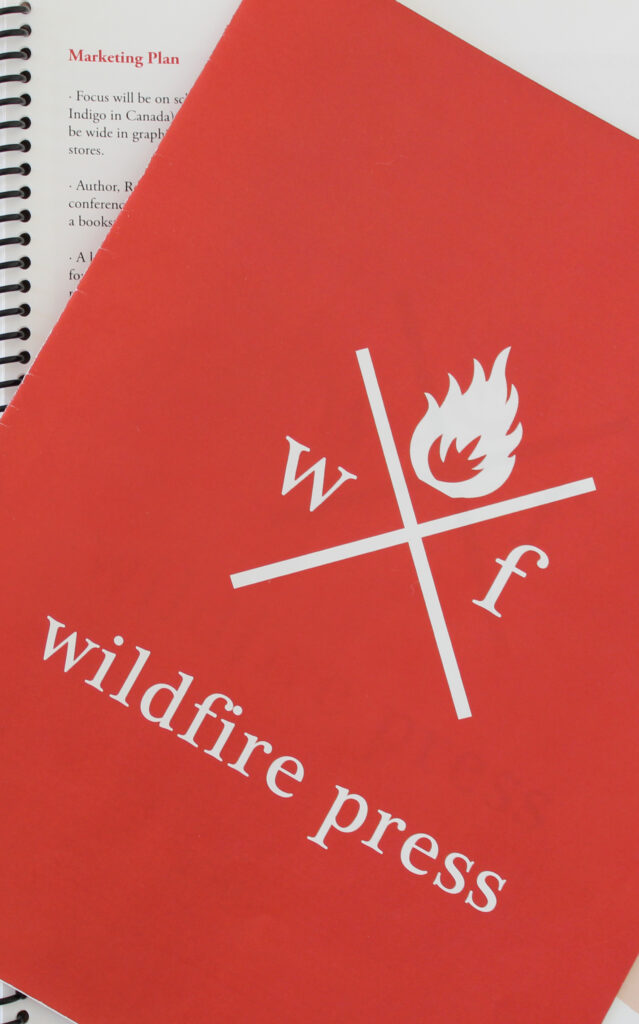 TITLES:
Malala in the Making: A Graphic Novel
A dynamic graphic portrayal of the early life of Nobel Prize-winner Malala Yousafzai, and how she courageously overcame the oppressive forces that shaped her life.

Boy Without a Country: My Harrowing Journey From Damascus to Canada
A young Syrian, Nizar Hamdan, tells the heartbreaking story of his dangerous journey from war-torn Damascus to the safety of Canada.

A New Leaf: A Manifesto for Canada’s Inclusive & Sustainable Future
With help from energetic young activists, Canada can reclaim the lead on environmental and social causes – starting today!

Fresh Food Deserts: Canada’s Food Scarcity Epidemic
A compelling series of stories from people across Canada exposing the startling reality of fresh food deserts and what we can do to fix them.

RISE publishes accessible non-fiction titles about feminism, climate action, LGBTQ topics, immigration, race, and celebrating our differences. As an imprint of Greystone Books, RISE aims to champion underrepresented perspectives and introduce humour and hope even when there may seem to be no light.

TITLES:
Where Are You Really From?: 10 Cultures. 10 Lives. 10 Canadians.
In conversation with Natasha Fatah and Téa Mutonji, ten young first- and second-generation Canadians share the trials, tribulations, joys, and inevitable uncertainties of growing up between cultures.

Be Gay, Do Comedy: A Memoir of Getting the Hell out of Your Small Town
Award-winning comedian Hope Granger presents an intimate, hilarious exploration of growing up queer in a small town and coming into her own in the big city in this unforgettable memoir.

Swipe Wrong: Hookups, Heartbreaks, and the Horrors of Modern Dating
Dating apps: can’t live with them, can’t live without them. But are the ways we connect with each other kinda f#&ked now? Swipe through these hilarious online dating horror stories from Michaela Okland, creator of the viral Twitter account @SheRatesDogs.

Earth is Enough
From the winner of the 2018 Governor General’s Literary Award comes a personal collection of ecopoetry that unearths heartbreak and hope in the wake of the 2013 Alberta floods. 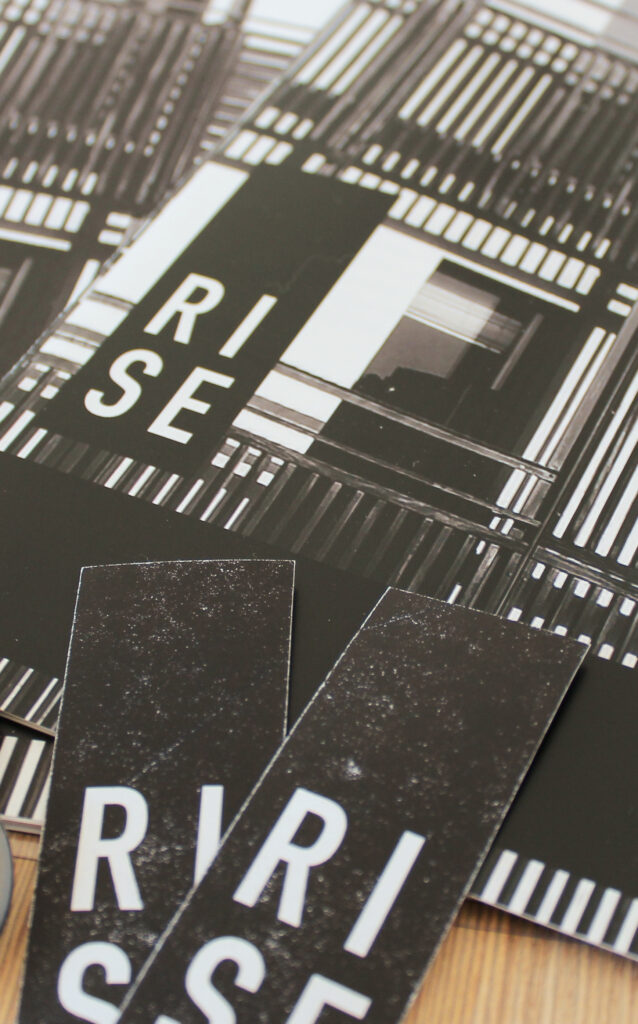 A proud imprint of House of Anansi, Aranea Press is home to established and emerging authors experimenting with their voice. Through compelling stories, Aranea focuses a constructive lens on the toughest sociocultural issues facing young Canadians today and invites readers to learn more about their national community. 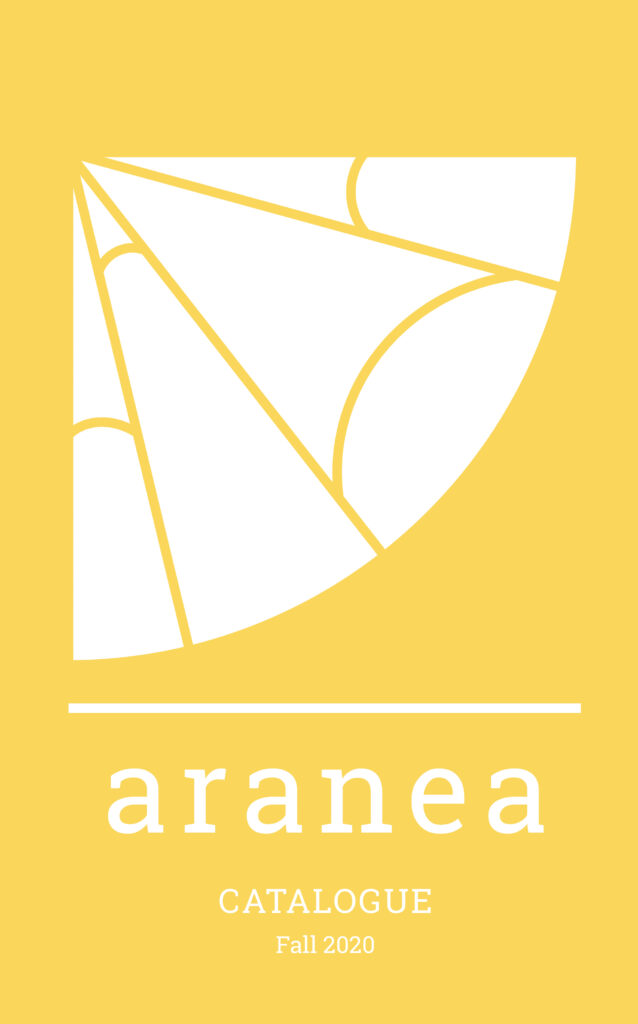 TITLES:
Fit to be Tied: A Novel
In Tanya Talaga’s gut-wrenching debut novel, the ongoing practice of forced sterilisation of Indigenous women is exposed through an Ojibwe woman’s rousing journey to justice.

Splintered Spirits
Dakwaa, an Oji-Cree Indigiqueer teen, is at his wits end being bullied by his peers who don’t understand his identity. A chance encounter with a two-spirit Cree Elder helps him find his place in the all-but-forgotten history of two-spirit peoples across Turtle Island.

Mending From Within
From sewing skills to fashion week thrills, Bronwyn Seier is on a mission to repair the fast- fashion world bursting at its seams with problems.