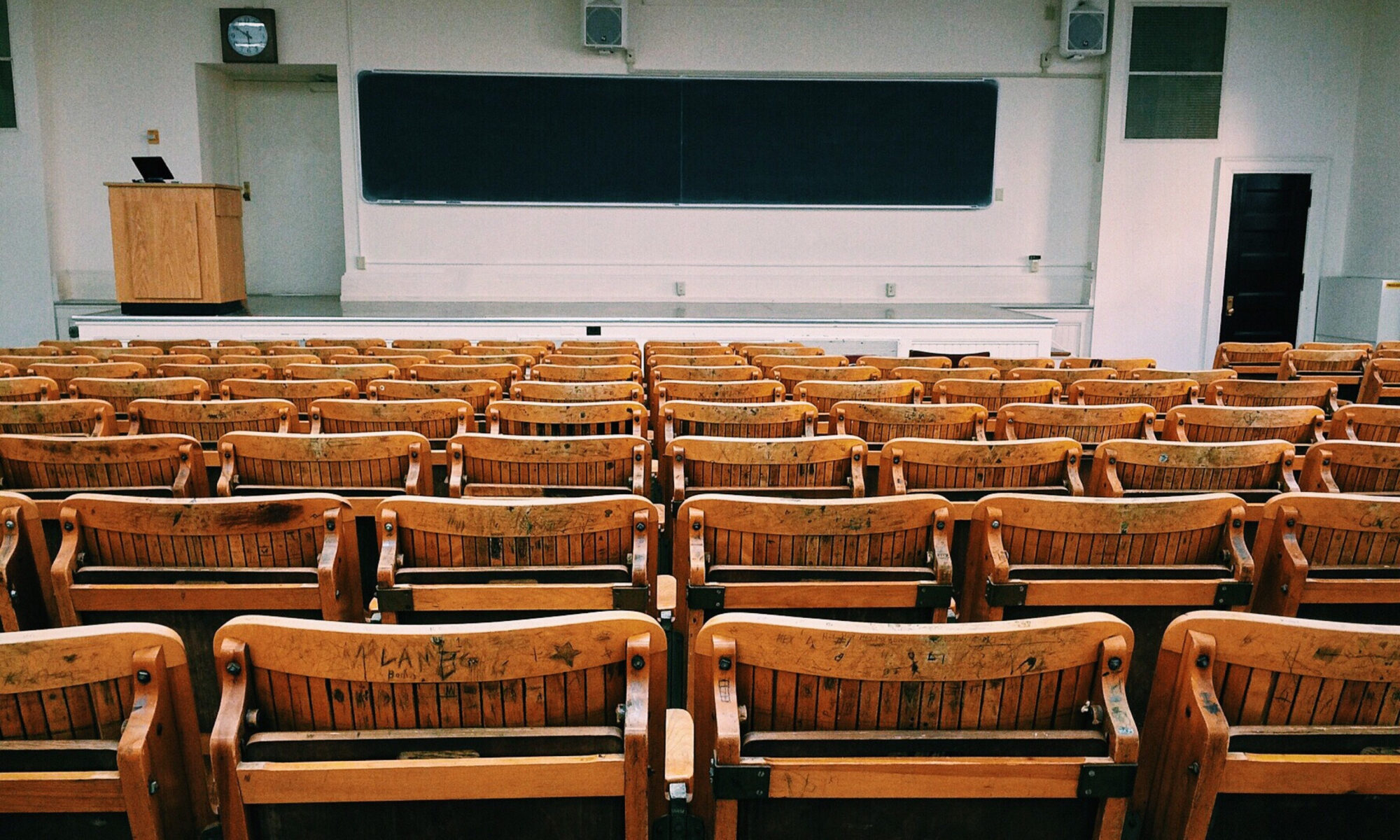 AND FIRST THERE WERE THREE – THE INAUGURAL COHORT

As two of the most recent MPubbers—though we’re not quite done yet—we’ve experienced the program in a unique light. It’s not an editing class if you’re not deciphering Scott’s cryptic handwritten feedback. Hypothes.is annotations are forever sprinkled across all your readings for the week (and maybe someone’s dropped in a funny GIF to break up the heavy discourse). Book project crunch-time panic comes bundled with the small joy of making your own promotional buttons on Mauve’s brand new button press. Afternoon classes are sometimes infused with a sugar rush as a box of Timbits makes its way around the desks. These are all the little things that made up the MPub experience for us.
But it is certainly a long road from the beginnings of MPub to where we find ourselves today. While the program is, relatively speaking, a fairly young addition to SFU, 25 years kicking around the Vancouver campus is certainly a substantial milestone—one we would like to stand atop and look back on the road that brings us here. In the spirit of retrospection and reminiscing, we spoke with the first ever students (or guinea pigs, as they sometimes thought of themselves) of the Master of Publishing to find out more about the earliest days of the program and how much things have changed since then.
26 years ago, the MPub we know and love didn’t exist. Rowly Lorimer had to make very special arrangements with SFU in order to enrol students into a program that wasn’t actually official. These students would prove to the senate that a full-scale publishing program was worthwhile for scholarly inquiry and practice. So, in its conception, MPub consisted of only three students—Bette Laughy, Michael Hayward, and Nancy Duxbury. As Nancy put it,

“It was kind of a mutually beneficial arrangement. So the three of us were, I think, really eager to start a program which didn’t properly exist yet.”

In the time before the book project, magazine/media project, and tech project, the original MPubbers relied on quite a bit of independent study, individually taking the courses they needed to from professors borrowed from the Communication and Business departments. But as any graduate will tell you now, there’s no way to avoid group work in MPub. While sometimes it can lead to hilarious bonding moments (picking up a fake, smelly potted plant off the street to use as your fake company’s mascot for instance), other times it can lead to a fistfight outside the project rooms. For better or worse, group projects are a staple of the current MPub experience.
As we talked to the first graduates about the differences between then and now, Michael was quick to express:

“The one thing I missed—and I’m sure we’d all feel much the same—by going through as guinea pigs or pioneers we didn’t have the opportunity to work in a cohort, in groups, and I’ve always enjoyed group work so I kind of wish we’d had a chance to do the book projects, the magazine projects that current MPub students work on collaboratively.”

Like the joys and trials of group work, all MPubbers have experienced the long list of publishers, publicists, editors, designers, and sales reps that file through our two short semesters of classes—in fact, many graduates become those guests, returning to the program to share their worldly wisdom or commiserate with current students in the thick of book project revisions. John would even sometimes excitedly tout our graduate guests as ‘proof of life after MPub!’ The initial test program, with its nascent curriculum, no official department, and no real textbooks, relied heavily on instruction from publishing professionals.

“That was certainly one of the key components of the MPub program, what made it so unique and so interesting to people like us is that it had backing from industry and key people from the Canadian publishing industry were participating as instructors.”
–Michael Hayward

MPub does equip us with the knowledge we need to undertake the business of publishing, but having access to such practical expertise from industry professionals, having this unique mix of theory and practice, has always been one of the program’s hallmarks, which we know hasn’t changed over two decades later. Even today we would agree with Nancy that our “best source of knowledge [is] the publishers.”
And to publishers is where most students go for their internships. Curiously, we learned that 25 years ago, when email was still a novelty, all three of the initial graduates each used their internships to work in electronic publishing. Bette helped create a computer-based curriculum for public safety officials with Kwantlen University College (now Kwantlen Polytechnic University), Michael worked in Yaletown on an early online magazine, and Nancy, after missing her first choice due to a snail mail application arriving too late, ended up working on a Gopher site for UBC Press—one of only seven presses in North America that had an online presence at the time. The internship and project writing semesters were a cornerstone of the prototype MPub program just as they are today and it’s where MPubbers like us get the chance to be part of the ever evolving, innovative world of publishing.
Certainly, the technical ‘how’ of publishing has changed over the years with ebooks and audiobooks, accessibility technologies, the growing influence of online retailers and the importance of SEO and discoverability in an ever-saturated market. But the ‘why’ of publishing, which all MPubbers are taught, remains largely unchanged; As we, and the first graduates, were repeatedly told, both the definition of and reason for publishing is “to make public.”

“We were exposed to a lot of the debates about who owns what and who controls what and how information circulates and how people can get into that game. You realised that the definition of publishing is to make public, which was told to us a number of times, in that it was a cultural matter and it was a political matter and it was really important and that this power could be a small little entrepreneurial business.”
–Nancy Duxbury

Yes, it is a business that must be profitable but it is also a cultural responsibility, a ‘power’ that can equalize knowledge, representation, and society. This is the dependable throughline we’ve observed while investigating the course of MPub’s tenure.
Publishing, and learning its history, has changed the lens through which we view the world. The progression from oral to scribal histories, from print book to electronic—these are sentiments that our cohort raised during our History of Publishing seminars with Dr. Hannah McGregor. And 25 years later, Bette also still vividly remembers the impact that The Printing Press as an Agent of Change by Elizabeth Eisenstein had during her time in the program. She considers the philosophy fascinating and insightful and recalls the similarities drawn between the hierarchy of the print book—in titles and chapters and subjects and headings—and our society’s own organizational structures.

“It just absolutely fascinated me, that was probably the highlight for me even though I loved every bit of it, but that was just such a worldview.”
–Bette Laughy

Much like the publishing industry itself, MPub will probably never have the luxury of standing still. Right now, we’re bookending these last 25 years of Publishing at SFU, but after 25 more years of MPub our perspective will only mark the halfway point. Students in 2094 might be taught how to format entire libraries in brain implants or design integrated holograms for their made up book project titles, but even 100 years down the road, why we publish will be the same.